skip to main | skip to sidebar

Greg Dykstra is an artist and designer at Pixar. I don't know much about him besides what's listed in his Imdb page and that he is an insanely talented artist.
Greg had done beautiful production art for various Pixar films. But wer'e here to discuss maquettes! :)

Greg has been making maquettes at Pixar for the last few years (Imdb had him starting with Finding Nemo, but I have seen images of a Sully Maquette from Monsters Inc. attributed to him. I'll try to find out) and he has been, as far as I can tell, instrumental in brining the various characters to 3D. In "the Art of UP" book there are two double spreads of his design concept sculptures for the film. Besides being gorgeous sculptures, these were the initial transtlation of the characters into the dimensional world from the illustrations of Pixar concept artists. Dykstra notes in a qoute in the book how important it is for these sculptures to convey the personality of the characters represented in any way possible - and these maquettes capture personality wonderfully. It's also interesting to note how the designs changed slightly from these sculptures to final CG models, but the characters are captured dead-on.

What follows are images I have been able to find on the net. Where available I'll note ownership\recieve permission for using the pictures. So far my findings have been scarce - any additions would be very welcome! 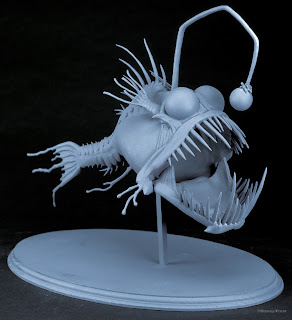 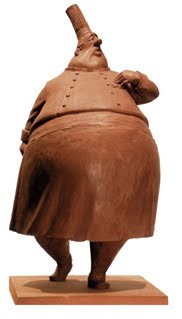 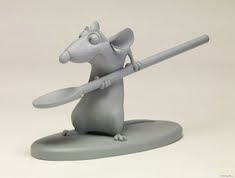 * all images are (c)Pixar unless noted otherwise
Posted by Lord Sketch at 5:36 AM